On April 2, 31 Kiaʻi Mauna were arrested for peacefully protecting Mauna Kea from desecration by development. Less than three weeks later, Hawaiʻi’s largest go-to daily newspaper published two political cartoons in favor of the TMT, the first cropping up in the editorial section “Views & Voices” while the second appears in the features section “Today.” Dave Swann, a graphic artist at the Honolulu Star-Advertiser since 1994 and creator of the “Trouble in Paradise” cartoon series, is behind both.

Cartoon one features two panels: “The Past” and “The Future.”

two = natives vs. settlers or

And tidy, of course. Like time should be. Like time in its vastness and transformative potential should shrink for the sake of an all-seeing, penetrating “I” in the shape of a telescope. Our summit, their science.

“The Past” is represented by five Kiaʻi Mauna. Unsurprisingly, the protectors are not named as such in the cartoon but instead drawn as open-mouthed, fist-pumping pests wielding the Hawaiian flag and protest signs stating: “MAUNA KEA IS SACRED” and “STOP THE THIRTY METER TELESCOPE!” The Kiaʻi Mauna wear bright-colored shirts that variously read “RESPECT OUR AINA” and unfinished versions of “NO MORE DESECRATION” and “NO MORE TELESCOPES.” Although the presence of the Hawaiian flag could arguably signal nationhood, Mauna Kea is absent. In fact, the Kiaʻi Mauna are literally drawn without ʻāina. By depicting the protectors as removed from the mountain they are protecting, Swann ignores the active encampment on Mauna Kea and attempts to diminish the complex relationship Kānaka Maoli share with our land. 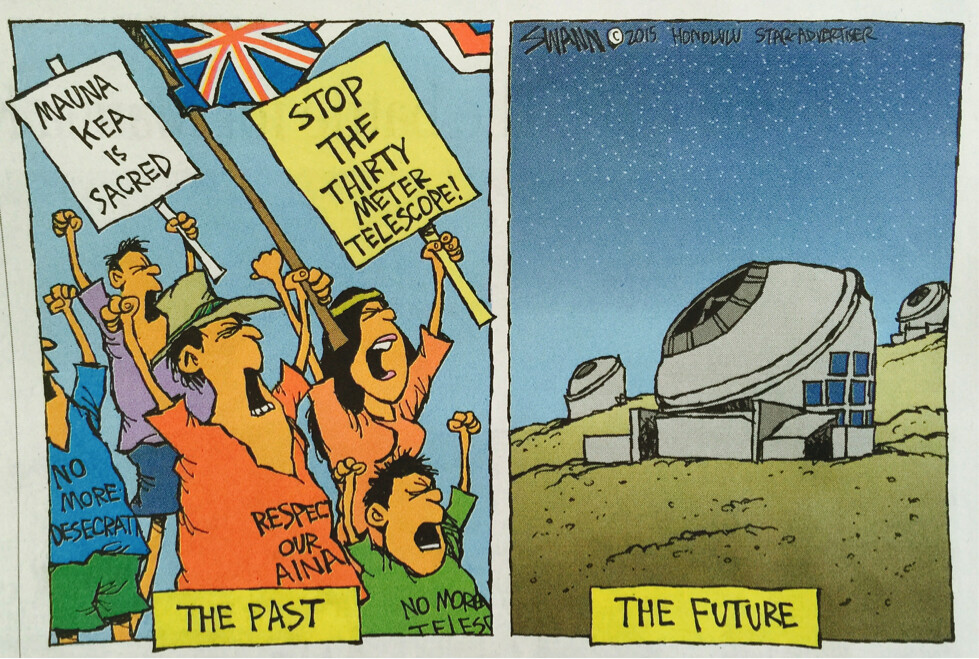 The opposition that Swann creates between “The Past” and “The Future” is unnerving, to say the least. In “The Past,” all Kiaʻi Mauna are literally blind with rage as Swann depicts each person with their eyes closed. In contrast, the telescopes in “The Future” are wide-eyed and aimed at the sky. Ways of seeing and ways of knowing compete for the future. And according to Swann, the all-seeing “I” triumphs.

Why bring up a political cartoon published more than a month ago? Because the way we imagine time is always relevant. Settler ideologies prefer that we sever ourselves from our past so that we assimilate today and sell our future to the highest bidders. Colonial orders of past, present, and future should not become another hierarchy we abide by but rather the swan songs our urgencies of love, ʻāina, and independence out-sing.

Why this swan song? Because I need to respond to it. Because I am a Kanaka Maoli woman who is not dead or dying or destined to be out-futured. Because the way I see change is decolonial, do-it-ourselves, do-it-now, do-it-tomorow, doing it and doing it. Because I have found a new way to respond. A new way that is not new at all but linked to an extensive and vibrant history of independent, radical, and imaginative makers of change. 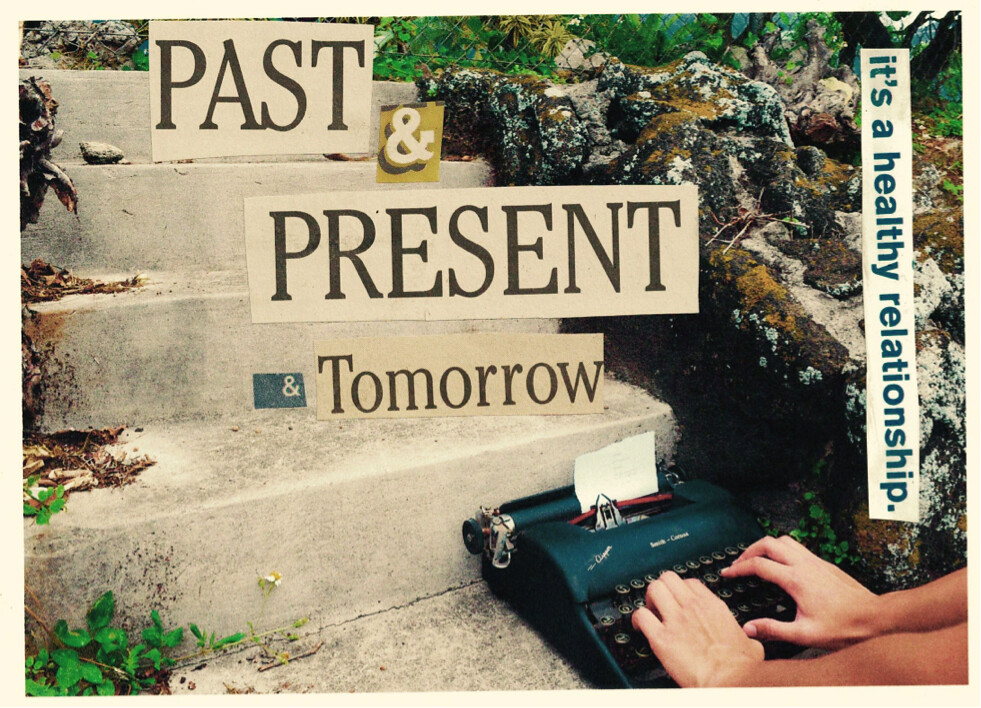 At the 2015 Critical Ethnic Studies Association conference in Toronto, I was privileged to participate in a zine workshop facilitated by Whitney French, co-editor and founder of From the Root Zine. I want to emphasize the words “privilege” and “participate” not only because zines are a creative and immediate way to address issues of power and resistance but also because Whitney was mindful of the ways her workshop was happening in that moment in the context of the academic industrial complex but still gravitated to a hands-on, do-it-yourself, and do-it-now activism.

As I attended the workshop with poet and activist Jamaica Osorio, I was lucky to be one of two participants, so Jamaica, Whitney, and I were able to create an intimate space to engage honest discussions of race, ethnicity, and our experiences of literary production as women of color. Several essential projects I learned about include: Black Women Matter Zine, which responds to the media’s disproportionate attention to violence against black men by telling the story of 11 black women who were murdered by police, as well as the POC Zine Project and Brown Recluse Zine Distro, which dedicate themselves to making zines by people of color accessible and easy to share so that representation in the media, in politics, in the world at large are meaningful and self-determined.

Whitney is a knowledgeable and passionate producer, consumer, and advocate for print counter culture. Although I wonder whether my terms “producer” and “consumer” are appropriate since the dissemination of zines effectively challenges capitalism. As Whitney explained, zines are often photocopied and circulated for free or at a low cost, exchanged barter-style, or given at a pay-what-you-can or pay-what-you-wish rate. Furthermore, any profit largely goes back into funding grassroots organizing. 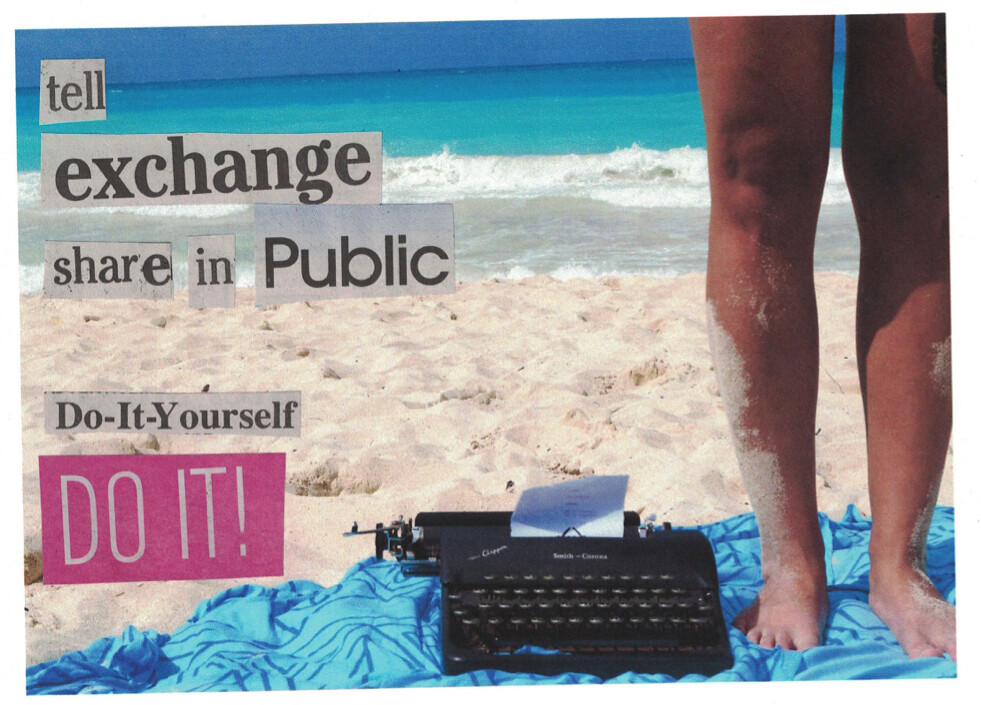 Inspired by Whitney’s workshop, Jamaica and I immediately started brainstorming a zine experience to bring back home. Being very, very new to zines, I also reached out to Jennifer Vehia Wheeler, musician and community-oriented creator of Women of the Pacific Zine, and ʻIlima Long, zine lover/activist/hauMANA organizer/all-around-bad-ass. I am constantly inspired by the do-it-ourselves, do-it-now ethos that motivates these women. In their zines, activism, and leadership, Whitney, Jenn, and ʻIlima saw an absence, a lack – where are the stories by women of color? by Pacific women? by Hawaiian women? by queer women? where are our stories of sovereignty? – and started listening to, writing, telling, quoting, organizing, translating, collaging, personalizing, printing, photocopying, expanding, and sharing those stories themselves. As Whitney so eloquently discussed in her workshop, zines are accessible, intersectional, and urgent. Zines respond to the moment by honoring the moment – what does “now” look like? What does it need? Crave? Sing like? Weep like? How is “now” listening to the past? How is “now” feeding the future? How does my “now” speak to, touch, invite, understand, and listen to your “now”?

In terms of text, layout, and production, zinesters animate and focus these questions in wild diversity. Some popular storytelling strategies include recycling, layering, collaging, and personalizing found/pre-exisitng texts, all of which create fresh possibilities for connection. Zines are gestural. Readers are trusted to negotiate gaps in the texts, to question absences and exclusions, to dream through, to zine in response. Zinesters create a readership with audiences that are adventurous, thoughtful, compassionate, and committed. In every staple, in every handwritten mission statement, in every hot run of photocopied paper, zines desire and make possible acts of reading, writing, and sharing that do not obey “good times” in the market. Hunger does not have regular store hours. So when zinesters are hungry for justice, voice, or community, they don’t wait. They do it now.

As part of making zines a new and ongoing practice, I am blessed to be co-hosting an Aloha ʻĀina zine workshop this Friday with a vibrant community of committed and creative people. Participants will collaborate on a zine to send to Mauna Kea in solidarity with the Kiaʻi Mauna. Topics for individual zine pages abound: what to expect when you get arrested, tips on making protest signs, tips on making personal video recordings of protests, collage of articles from the Hawaiian-language newspapers that mention Mauna Kea, personalized timeline of the encampment, reflections on aloha ʻāina or kapu aloha, sonnets to the mountain, a mahalo letter to the Kiaʻi Mauna – the possibilities are endless. The intersection of the personal (is political), public, and poetic will charge our collaborative Mauna Kea zine with purpose and aloha.

Participants will also get the chance to create individual zines devoted to the topic of their choice. We will have a station for community supplies (paper, scissors, glue, collage material) as well as stations for reading already-made zines, typewriting, printing, and photocopying. In the name of aloha ʻāina, we will gather, create, and share with each other. We will do it together and do it now.

Mahalo, Jamaica Osorio, for believing with me.

Mahalo, ʻIlima and Jenn, for a raw, honest night of zines, women, and storytelling. 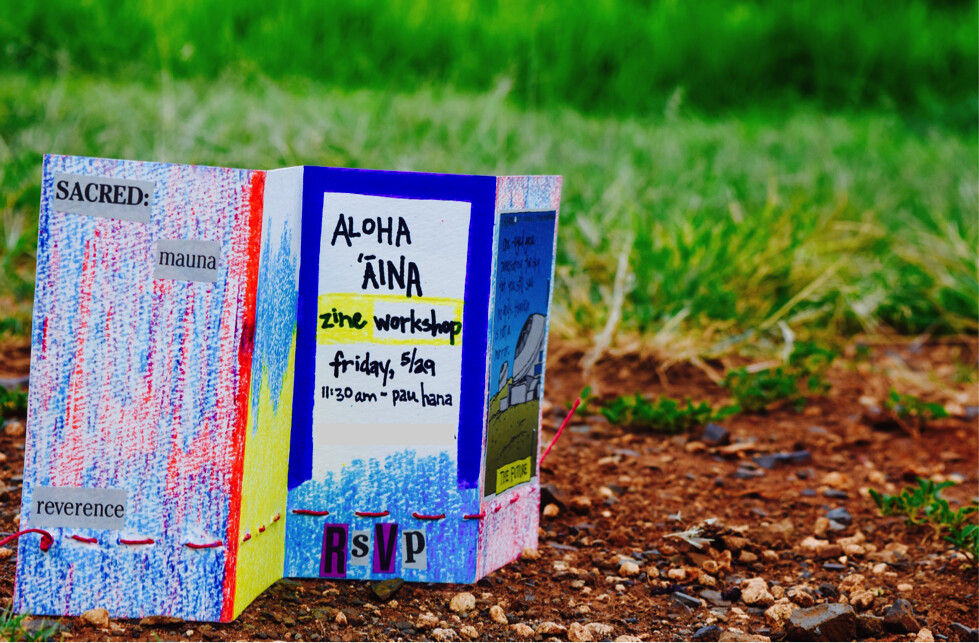